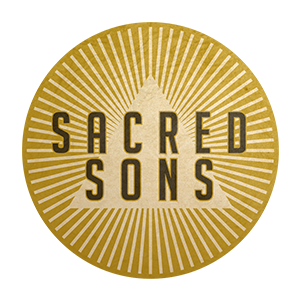 Sacred Sons Masculine Alchemy Facilitator Training Level 1 is an intensive training dedicated to providing men the skillset, container, and mentorship to embody the way of men's work facilitation. Each student will have the opportunity to run his own council during the training with a panel of facilitator feedback. 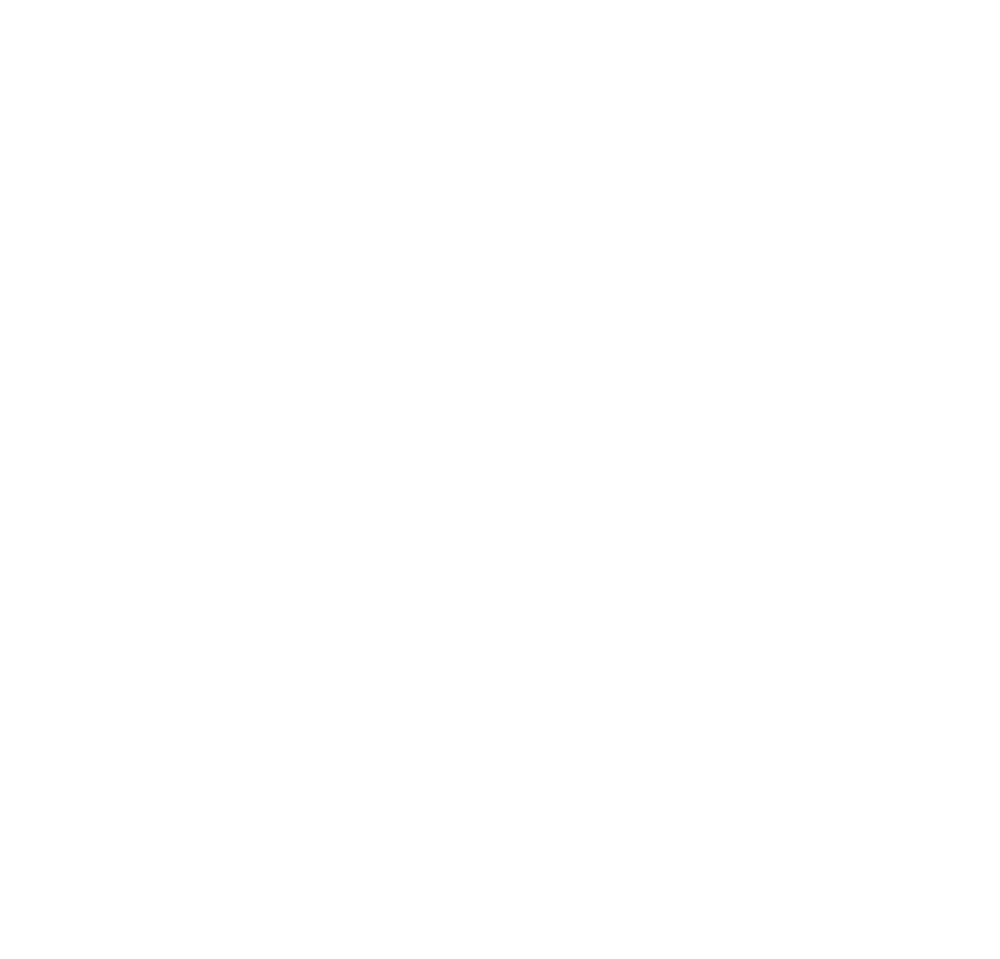 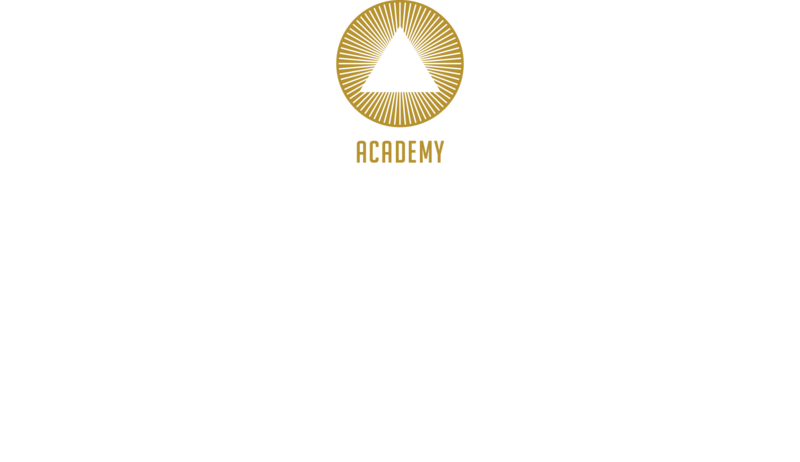 Men will have the opportunity to return home to their communities with the skillset and resources to start or deepen their men's work leadership path as a Sacred Sons ambassador and a Level 1 Masculine Alchemy Facilitation Training Certificate.

The core of facilitation training is comprised of inner-work. The process of becoming clear in our bodies, minds, and spirit is what paves the way for skillset and knowledge to root down. This training will require students to have some degree of inner-work experience with Sacred Sons (see prerequisites below).

We will have lecture sessions that explore deep concepts, structures, and best practices for running men's councils. The lecture sessions will use Sacred Sons council methodologies that are present in all of our circles and gatherings.

The bulk experience of this training will be live online practice. Each man will get the chance to run council on the training with full feedback from the the facilitator panel. Men will have the opportunity to bring forth their unique presence from the frameworks of Sacred Sons council methodologies.

The training will offer men the pathway of becoming an official Sacred Sons Ambassador. Each man will be presented with the onboarding information so that he can return to his community with all the resources to begin running Sacred Sons men's circles.

Who is this for?

The facilitator intensive is designed for men who are:

Registration for the in-person THRESHOLD Retreat.

SCHEDULE A CALL TO LEARN MORE 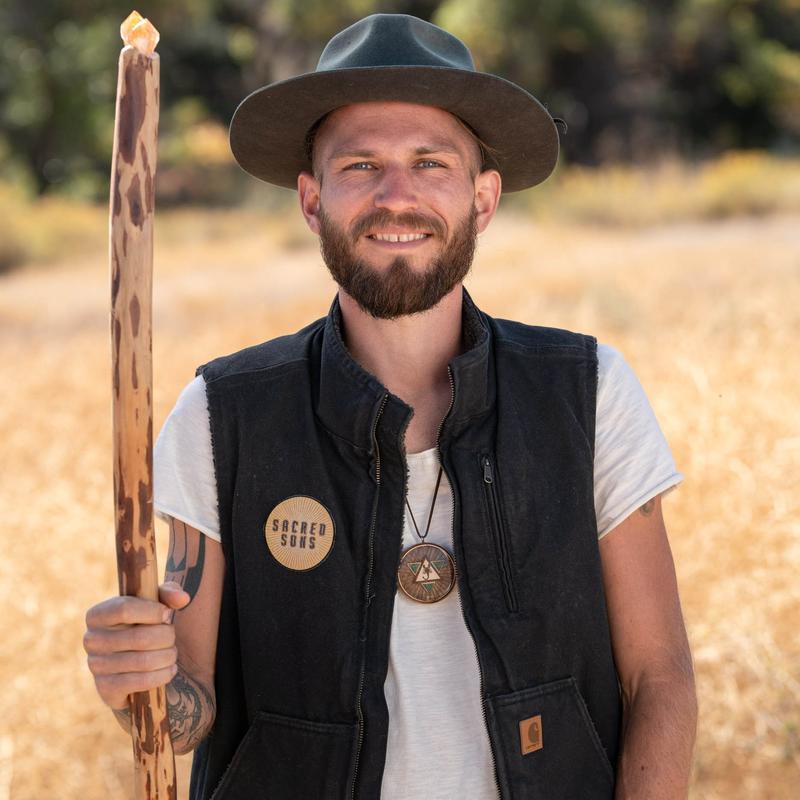 He has spent 1000hrs+ training in facilitating men's work and has bore witness to thousands of men's individual processes.

Jason has chosen this path of facilitating men's work to help restore the father archetype on this planet. He has had the honor and privilege to study and train with 1st wave mentors of the of the "Men's Work Movement", and is grateful to be a bridge of that lineage into the modern men's work movement. 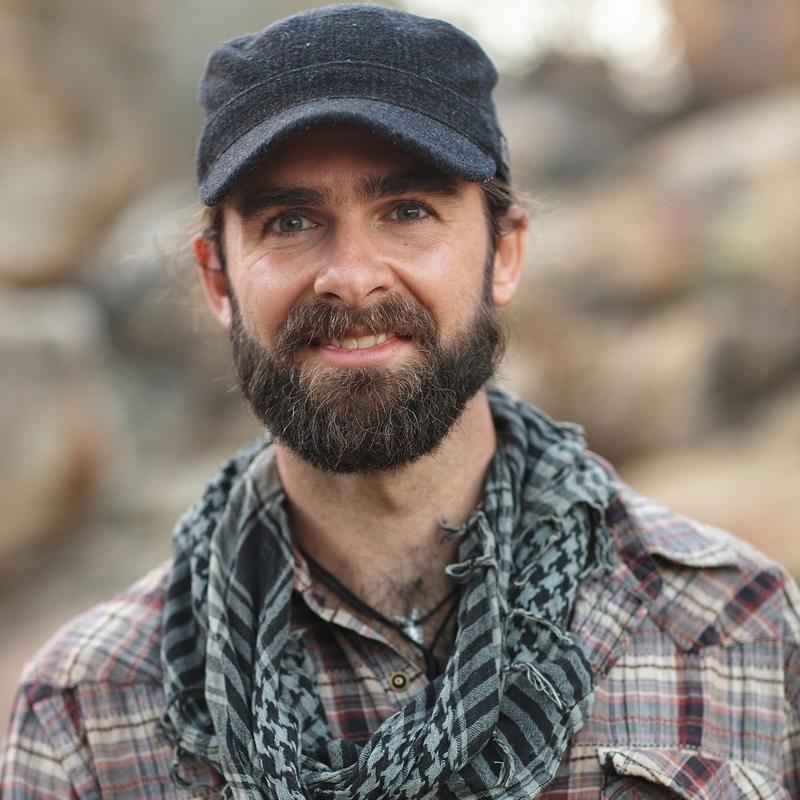 Michael is a therapist in private practice in Boulder, Colorado. He earned his M.A. in Clinical Mental Health Counseling from Naropa University with a focus in Transpersonal Psychology. He has over a decade supporting people in a therapeutic context. He was a Wilderness Therapy guide for 6 years, leading and facilitating in deep transformational work with teens, adults, and families. Michael specializes in work with depression, trauma, Rites of Passage, addiction, and spiritual crisis. He has also works as a therapist in addiction recovery using progressive and holistic approaches. In addition to his learning in wilderness and grad school, Michael has consistently trained and been mentored at the Gestalt Institute of the Rockies for over 3 years.

Michael began attending Men’s Conferences in 2005, over the years listening to Robert Bly, Robert Moore, Malidoma Some, John Lee, Orland Bishop, Martin Shaw, and Daniel Deardorff lead groups of men. He has been deeply involved with Men’s Work for the last 15 years, both participating and facilitating. He lives not too far from Rocky Mountain National Park, in the town of Lyons, Colorado. 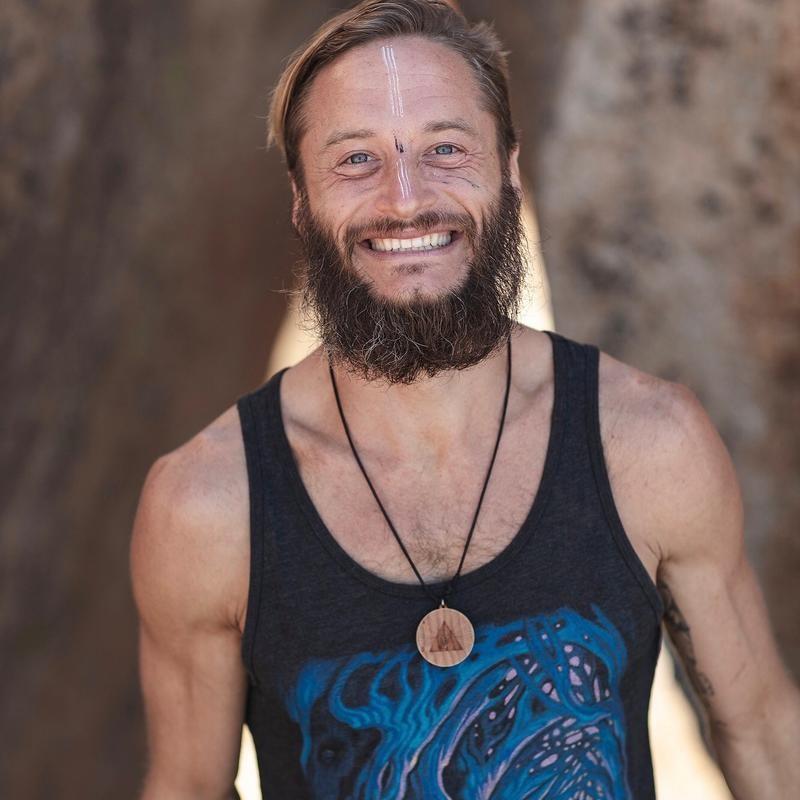 After a lifetime of identifying with  toughness, tenacity and work ethic, Trevor makes it his business to own and integrate the tender aspects of his inner child and the raw, vital physicality of the body, brotherhood and emotions that he loves so deeply.
Trevor is also a Men’s Embodiment Guide, the Lead Facilitator for Boys to Men Mentoring Hawaii, and is passionate about creatively igniting the human spirit in a myriad of ways!
Nature connection, fully experiencing the emotional spectrum, movement play, cultivating loving brotherhood, raw self honesty, the initiatory process of sacred partnership, parenting and step parenting 4 kids, playing music and surfing are some of his many loves that keep his passion for expansion burning. 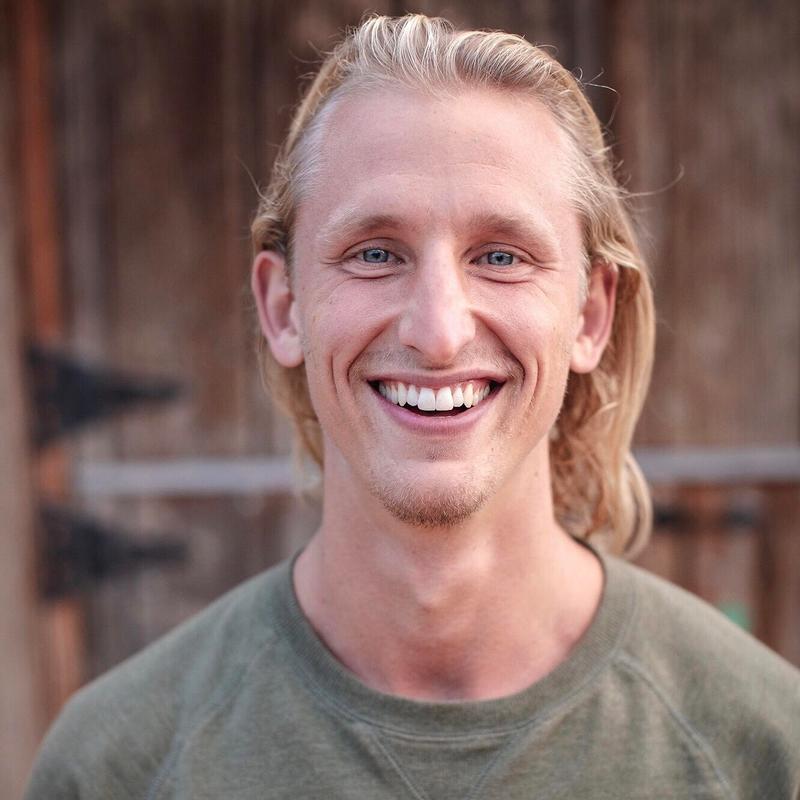 Devin Fredericksen is a men’s empowerment coach, regenerative permaculture farmer, and steward of Mother Earth. After receiving his BS in Environmental Science from Humboldt State University, he began to explore the realms and wisdom of indigenous culture from around the world. Calling upon a decade of study and facilitation around masculine and feminine embodiment, Devin guides groups from his heart-centered Earth connection. He also established a nature-based learning program back at his middle & high school on Maui, teaching 7th and 8th  graders about regenerative agriculture with the focus of remembering their place IN Nature. Devin is on a mission to regenerate community and leave a thriving legacy for the future. 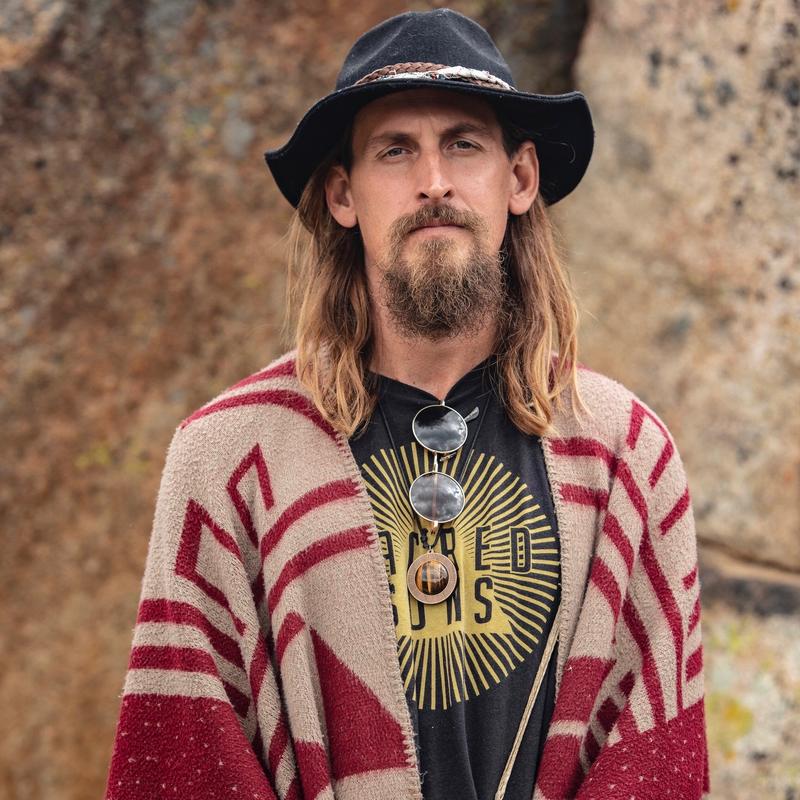 Neil is the Executive Director and Director of the Sacred Sons Ambassador Program.

He is here to show men the art of listening to their hearts. His ever expanding heart and self-determination is the burning torch that guides. This torch led him to serve the creation of a nonprofit in Panama eight years ago that supports education for indigenous communities.

He is now here to hold men closer to their loving essence through deepening their connection to self. It is from this place we know why we are here and thus are able to fully align with our highest purpose. Neil leads heart forward and is here to support each and every man to find home in this brotherhood and make the decisions necessary to bring about a divinely led life. 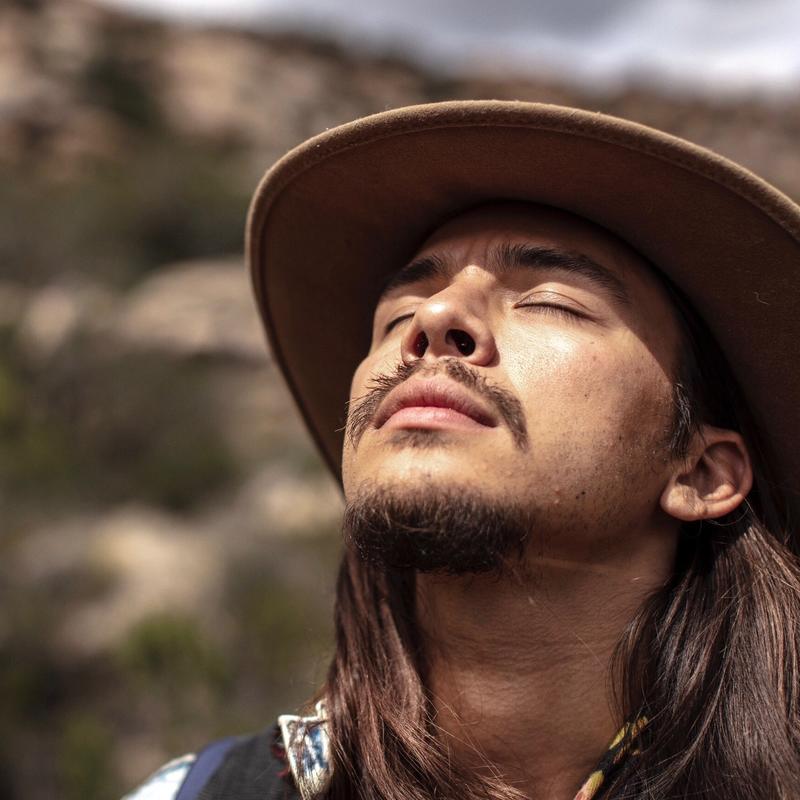 Marco is a Reiki Master Teacher with over seven years of experience. It is his personal mission to share the practice of reiki which he used to transmute his deep anxiety and depression into his dream life. From college dropout to traveling healer, Marco lives a nomadic lifestyle in his Mercedes sprinter which allows him to offer sessions, teachings, healing circles, sound healing, musical performances, workshops, and men’s work all over the west coast. Marco has the gift of translating spiritual insight into digestible nuggets of wisdom and maintains an array of self awareness practice that allow him access to the most pure source of healing energy. His personal passions include writing and sharing music, rock climbing, martial arts, dance, meditation, qi gong, yoga, and spending time in nature.

Sacred Sons Level 1 Masculine Alchemy Facilitator Training is an immersive training dedicated to providing men the skillset, container, and mentorship to embody the way of men's work facilitation. The training will consist of lecture, inner-work, and practicum. Each student will have the opportunity to run his own council during the training with a panel of facilitator feedback. Men will have the opportunity to return home to their communities with the skillset and resources to  start or deepen their men's work leadership path as a Sacred Sons ambassador and a Level 1 Masculine Alchemy Facilitation Training Certificate.

APPLICATION: Men are required to fill out a training application in order to be considered admission for the training. The training is limited to 20 applicants. Application will be sent via email after purchase.

PREREQUISITES: Men applying to the facilitator intensive should have some degree of mens work experience with Sacred Sons (attended a Convergence, EMX, or EMC).

IN-PERSON THRESHOLD: Each online cohort trainee will have the opportunity to meet in-person for our THRESHOLD retreat. Attendance to The THRESHOLD retreat is optional and can be attended at the trainees own scheduling and pacing. THRESHOLD retreats will be held concurrently throughout the year.

This is call to remembrance, for every brother who is hungry for life and unwilling to settle for less than becoming the fullness of who they are.